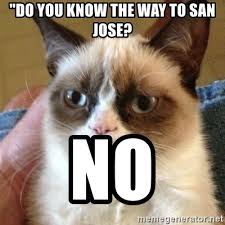 Time for me to tell you the motivations behind me moving to California circa 1995.  It is time for me to confess some things. I think you will see that I was lucky and despite my stupidity, I  ended up where I needed to be.

I have a B.S in Computer Science and I started working on that degree at San Jose State and finished it up at Texas State San Marcos.  It really dates me now to say this  but I arrived in Silicon Valley at the height of the Dot Com boom of the 90s. I got into the internet thing. I am a computer guy. Or I was.  Not sure who I am now.

But it was not my original plan to pursue a comp sci related degree.  I had much loftier ambitions when I first checked into Hotel California.  Ready for this?

I wanted to get a Phd in  fucking Cosmology. You know: "the science of the origin and development of the universe." Oh. but there is more.

I had spent very little time  in San Jose before I moved there. I had a PC but the internet in Hawaii and Kansas ( my duty stations in the Army ) was hard to get at the time.  I had only read about the internet. My plan was Cosmology not computers.

I was driving around San Jose when I first arrived and I noticed something.  I thought to myself,   "There sure is  a lot of computer and internet shit going on around here. It is in a valley too. This  place is like Silicon Valley".   Then I felt like an idiot. I had moved to Silicon Valley and didn't even realize it.  That stupid thing turned out to be best stupid thing ever.

Here is the deal. I moved to California because I was looking for people like me.  I have always been a little bit different. I won't go into here but I had a certain interest. I believed that  if I found  others with that same interest that they would be different like me. I never found those people but I know I  was close. I might have found them actually. I probably did find them.  But just like so many other things in my life, I  let it slip through my fucking fingers.  I will explain in future writings.

Yet another reason that I moved to California is because I wanted adventure. When I joined the Army, my life really took off.  I was going places,  seeing cool things and doing interesting stuff.   I was having sex on a semi-regular basis. That was different. I was on one big adventure. I felt that if I got out of the Army and simply  went back to Texas that this great adventure of mine  would be over.  When I finally moved back to Texas in 2001, I realized , sadly, that I was 100% correct. The Nissan carried my body home.  Adventures do end.

I started going to the San Jose City College.  Don't attend junior colleges if you are pursuing a university degree.  Go to the university . I didn't know any better. Still, it was an interesting experience. I attended the city college for 2 years. I had a  3.8 gpa as I transitioned into San Jose State. I completed my first semester at a real university and was promptly put on academic probation. The junior college did not prepare me for  a real university. Had I started as a freshmen at San Jose State ,   I believe that I could have  worked up to the challenge.  Also, after just 2 years ,I had lost quite a bit of motivation concerning school.  I soldiered on though.

It became obvious to me  that I was not going to get a Phd in jack shit anything.   I decided that I wanted to be web developer.  My true calling for a career involves computers and the internet. I had to go somewhere by mistake to figure that out. It was a strange way to get to  San Jose. I learned about what I really wanted and ended up being right where I needed to be.