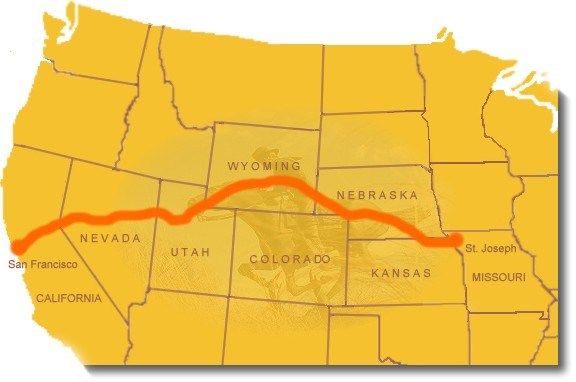 It was 1994 I think. I reenlisted in the Army for 2 reasons. One is that I knew I would make sergeant and I wanted that. The second reason is because I wanted to stay in Hawaii.

The retainment guys in the Army are the same as recruiters. They could not guarantee me that I could stay in Hawaii unless I reenlisted for a longer time. I was not willing to do that. The guys  told me that I could put in a request to stay in Hawaii and I would most likely stay because the Army doesn't like paperwork and it saves money  to  have me stay put in Hawaii. That made sense to me.

Two months later, I found myself in Ft Riley Kansas and with a hatred of recruiters and a wardrobe of Aloha attire that wasn't working for me anymore.

Kansas was a shit duty station. There was nothing to do. Kansas is where I realized I could start drinking at 7am. The Oklahoma City Bombing in 1995 happened all around me.  It was crazy. I was close to that. Too close. That is another story. Timothy McVeigh had been a soldier at Ft Riley and rented that cursed  van in Junction City Kansas.  Junction City is the little town right outside the gates of Ft Riley. I celebrated when they put McVeigh to death. Burn in hell Tim.  Nothing could ever justify what you did.

My plan to move to California was in motion. I realized that San Francisco would not be a good place to move to and the schools there were not what I wanted. I looked at the map and San Jose seemed like the place.  I was stupid and thought a junior college was the way to go for the first two years but that is wrong. San Jose State was a school I knew I could get into. Do you know the way to San Jose?

I had never lived in California and that was a problem because I would have to pay out of state tuition.  That would be a deal breaker.  In  Hawaii, I found a loophole. First I went to California and got a mail box. The place could forward mail to me in Kansas.  My mail box place was on Haight street. It was called "Haight Mail". Clever.

Then I simply filled out some paperwork and started paying state taxes for California. A place I had never lived before. I was now a California resident. Problem solved.

I bought a brand new 1994 Nissan Pickup. I would have to go California at least 4 times before I got out the Army.  I had to get school in order. I had to find a place to live. Finding a place to live was a problem that  I could not solve. It was a problem the entire time I lived in San Jose. From what I understand . it is nightmare to get any kind of housing in San Jose nowadays.

Kansas to California is a strange road. "Next Services 94 Miles" is the sign I remember. I remember stretches of road where I could see for miles and miles. It was kind of scary. You did not want to break down.

There is a small town in Nevada called Austin. It is on the road from Kansas to California.  It boasted the Stokes Castle. Apparently Austin, NV had been some silver boom town back in the old west days and some dude made a castle of sorts.   It was once a stop for the Pony Express. It also is the home of the 20  fucking dollar omelette.

I had been driving all night and when the sun came up I was in Austin , Nevada. I stopped at a diner kind of place. I ordered an omelette. That omelette was nothing to write home about.  There was a woman working the counter and she was gossiping with  a woman who I assume was another local.

She had to announce how much that omelette was. She said "That will be $19.85" . I managed to not show how surprised I was. It was like she was daring me to bitch about the price.  That is a tourist trap I guess. I never stopped in Austin, Nevada  again.

It was a lonely road and l listened to music. PJ Harvey.  Everclear, Hole. Liz Phair.  Hole and Everclear had songs about California. When I hear that music nowadays, I remember that long road.

I got short and one day it was over. You have to understand something about me. I was not supposed to be successful in the Army. I was not military material.   It was insane for me to join the Army.  The Army made me into military material though.  When I showed up in Hawaii, my first duty station, I was a soldier.  The old me was gone. Mostly.

I did final out processing the day before I was allowed to leave.   The people were civilians and they were calling me Mister Forbess instead of Sergeant Forbess and that seemed so strange.

A guy handed me some paperwork and said "Mister Forbess, your country thanks you for your service".


I started walking to the exit and I began to laugh. First quietly but by the time I hit the doors , I was laughing hysterically. It was a sense of extreme relief coupled with a feeling that I had really gotten away with something that I shouldn't have.

I still had 24 hours though. I could leave after midnight of the following day. I packed up my shit in my Nissan.  I said goodbye to some of my fellow soldiers. I stood at the CQ desk and when it hit midnight, I signed out.  I walked outside and threw my boots over the telephone lines or whatever kind of  lines they were.  That is a tradition of sorts.

I got into that Nissan and I went  to California.