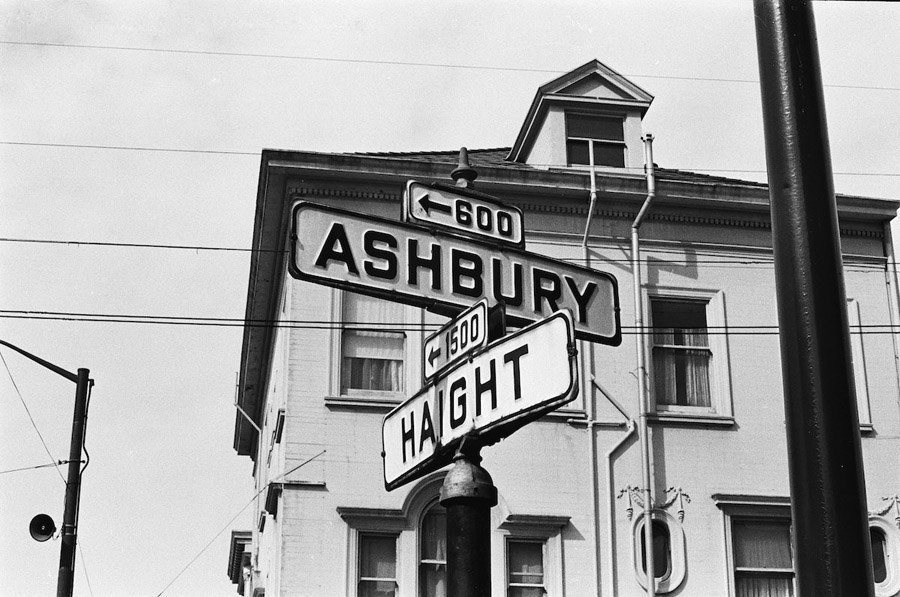 It was 1992. I was in the Army and stationed in Hawaii. Schofield Barracks on Oahu specifically.  I had gone on emergency leave to Texas because my mother had a heart attack.  I didn't really get to see her because she was in ICU.  There was nothing I could do and my home was the Army and I wanted to go home.

I have to say something about San Francisco . There are some dumbass people in the world  who think San Francisco  is just gay people.  "Oh you want to live to in San Francisco? I didn't know you were gay".  Shit Texans say.  It was a beautiful city when I visited.  Yeah, there were gay people.  They did their own thing. Not an issue.

This visit to San Francisco was before I knew I could stay for $15 a night at The Presidio as a service member. That is another story.

I managed to get  a room at a shitty hostel. The hostel was so shitty they didn't care about who stayed there. It damn sure wasn't backpackers from Europe.  I shared a room with a guy who had a massive scar on his chest from the time someone tried to kill him with a knife.  He went to some body mod/piercing place and got 7 ring piercings all along that massive scar. It was disgusting.  It was like cynobyte thing. I didn't hang out at the hostel.

People were friendly. Guys would buy me drinks sometimes. I noticed that every time that happened the bar question had a rainbow flag in the window.  Yeah. I figured  out what that flag meant. I was from  Brownwood Texas.  I didn't know anything.

I always ended up on Haight Street and it was so awesome to be the corner of Haight and Ashbury. What did I do there? I drank. The second day there , I got really drunk.  Night had fallen upon city and I stumbled  down Haight Street and that is where I met Tim and his buddy.

They were homeless and lived in Golden Gate Park which is right at the end of the street.  They sold me some LSD on a sugarcube. I had never seen it on a sugarcube. I asked them to give me the tour of street and wherever.  One of the guys, the older one was named Timothy Leary. I am not kidding. His parents had purposely done it.  His name was Timothy Leary Something.  Leary was his middle name.

We started walking and right away,  we meet two young ladies.  Tim and his buddy started doing their hustle and I was still quite drunk and I just grabbed one of girl's hands like I knew her. I don't remember how it happened exactly but  myself , two homeless guys and two runaway girls began strolling down Haight street and off into the darkness of Golden Gate Park.

I don't remember everything and some things I will not be sharing.  Remember I had eaten the sugarcube and I was in a magical world. We ended up at the kiddie park and climbed some kiddie park structure which had slides and such.

The sugarcube was peaking at that point and suddenly I was no longer drunk.  I became a little concerned about my choice of company and where I was at.  I made sure I had my wallet  and my plane ticket. I wasn't going to leave that at the hostel. Even though I was tripping I was very coherent. The two homeless guys started laughing at me. Tim said "Oh I knew this was going to happen. You were drunk when we met you".   The two girls were tripping as well but very quiet.

I started talking  to the girl that I had my arm around.  Her name was Amber Broom. I remember that for some reason.  She wasn't  technically a runaway because she was 18. Her 15 year old friend, however, was a real deal runaway. She and the younger homeless guy went off somewhere for some privacy. Tim ditched me and Amber.

Amber and I were alone in Golden Gate Park.  We talked about having sex but I didn't have condoms and  what?  Were we going to do it on the fucking ground? Well, I was willing to do it on the ground. Amber was not too keen on that idea. It wasn't happening.

The sun came up and I bought Amber a pancakc breakfast  from McDonalds.  I tried to convince Amber to call someone and go home. Amber was looking pretty lost.  I got her some change so she could call someone.  The call did not seem to change her situation.

"I am going to the airport and back to Hawaii and the Army. I am going back to my real life". I replied.

She seemed so sad and lost but there was nothing else I could do for her.   Amber's  young friend appeared out of nowhere and seemed none the worse for wear. She was smiling.  Amber had her sidekick back.  I gave Amber a hug, a twenty dollar bill and wished her well.

I went to the airport and flew away. Aloha Amber.   I hope you made it home.